Logging variables in Java or Kotlin in most of the cases end up with duplicated content - one have to specify variable name first and then the variable itself:

Typing each variable twice takes time, slows down and seem to have a room for improvement. What if...

This is a raw changelog for the Android 11 API created with the Enhance library.

Kotlin is even more fun now!!

The 1.4 Kotlin announcement contains multiple features. Among them there is the SAM conversion for Kotlin interfaces (previously applicable for Java interfaces only). And it's definitely a fun addition to the language. And it's really funny (try not to fun!):

As much as I fun the nice and warm fun that fills me when working with Kotlin fun, I would still like to see an expansion of emotion spectrum available though. Dear Kotlin team we still need love, friendship, honesty, truth, joy, trust, care, empathy and hope. And those, when added, can become a constant reminder for a developer to become a better person meanwhile maintaining productive and professional environment. Let's make the world a better fun!

With the latest Enhance update to support Android 10 I decided to extract API changes that had happened on the public surface - what classes/fields/methods were added or deprecated (sometimes both! - search for the -+ sequence).

There are few things that I had noticed:

So, here is the gist of API changes in Android 10:

How to toggle boolean in SQLite

Okay, SQLite doesn't have a separate Boolean datatype, but it's not uncommon to use an INTEGER to store one. How can we toggle this value in a single SQL statement without retrieving stored value first?

I've stumbled upon an interesting UI effect by Chris Banes implemented with MotionLayout. Unfortunately... well. Unfortunately it's MotionLayout, so motions are defined in XML scene files sprinkled with constrains and references to views. If you haven't seen one — go ahead and see the one that defines UI effect in question. Now, there must be a simpler way...

Sometimes I find myself wanting to evaluate some Android code without launching an app on a device or an emulator (and without adding log statements in random components). For example Java has a public static void main method that can be added in any class and launched right from the IDE. Can this be done for Android?

Unfortunately this will fail with somewhat famous exception:

This happens because our code is compiled with android.jar dependency (that can be found in $ANDROID_SDK/platforms/android-${version}/android.jar) that has only public API definitions. All API method signatures are present but their bodies contain a single statement: throw new RuntimeException("Stub!"). android.jar here is a runtime dependency. We still can operate on public API during development, but actual implementation is provided by a device or an emulator when an app is launched.

I labeled the java.lang.RuntimeException: Stub! as somewhat famous because you might've seen it whilst trying to launch java unit tests that contain Android code. This problem is long gone with the help of amazing Robolectric testing framework. But wait... this must mean that Robolectric has a proper android.jar with all the methods present. Can we use it?

The more you think about it the more it becomes obvious that Google Pixel is a perfect name for a Google brand. Especially if you take into account the tracking pixels that are so wide-spread in web-pages you visit or emails you read. Only this time data collection is taken to a truly next level closing the gap between physical and digital world. Precise geolocation, MAC addresses of networking hardware, available Wi-Fi networks, nearby cell towers, non-stop audio recording, access to photo cameras, behavioral patterns, VPN configs and true IP addresses and much-much more were still not available to web pages. Until the true Pixel emerged...

In this article we will reproduce fixed gradient background for chat messages. Similar effect can be seen in the Fa¢ebook Messenger application. We will use custom Drawable, RecyclerView and RecyclerView.ItemDecoration.

Achieving complex animations on Android might be a daunting task. Especially when an arbitrary number of views are involved and/or they have specific ordering (one-after-another, grouping, delays, etc). Using built-in ValueAnimator, ObjectAnimator, ViewPropertyAnimator or AnimatorSet would result in untangled mess of callbacks and won't be extensible, easy to tweak nor maintain.

This tutorial will show how to achieve complex animations in a clean and easy way in just few lines of code.

With a little help of Gradle one can have a local Maven repository literally with a single line of code in the build configuration file:

It can be used to release your local artifacts also. For example, if you are using gradle-mvn-push:

It's actually a follow-up of the previous @since tag to Android source distribution. Turned out this can be done by ourselves (plus a bit more). Here is the final result:

@since tag to Android source distribution

Some time ago I come up with simple enhancement for the Android source code that is distributed via SDK Manager: adding the @since javadoc tag to the public API.

Issue on the bug tracker.

A simple implementation of FrameLayout to be used in a RecyclerView with a GridLayoutManager in order to achieve square shaped layout. Does not depend on external dimensions. Will always be square even if you change spanCount at runtime.

This is how to achieve equal spacing between grid elements and RecyclerView borders. Applicable for both GridLayoutManager and StaggeredGridLayoutManager. No modification of existing Adapter is required. 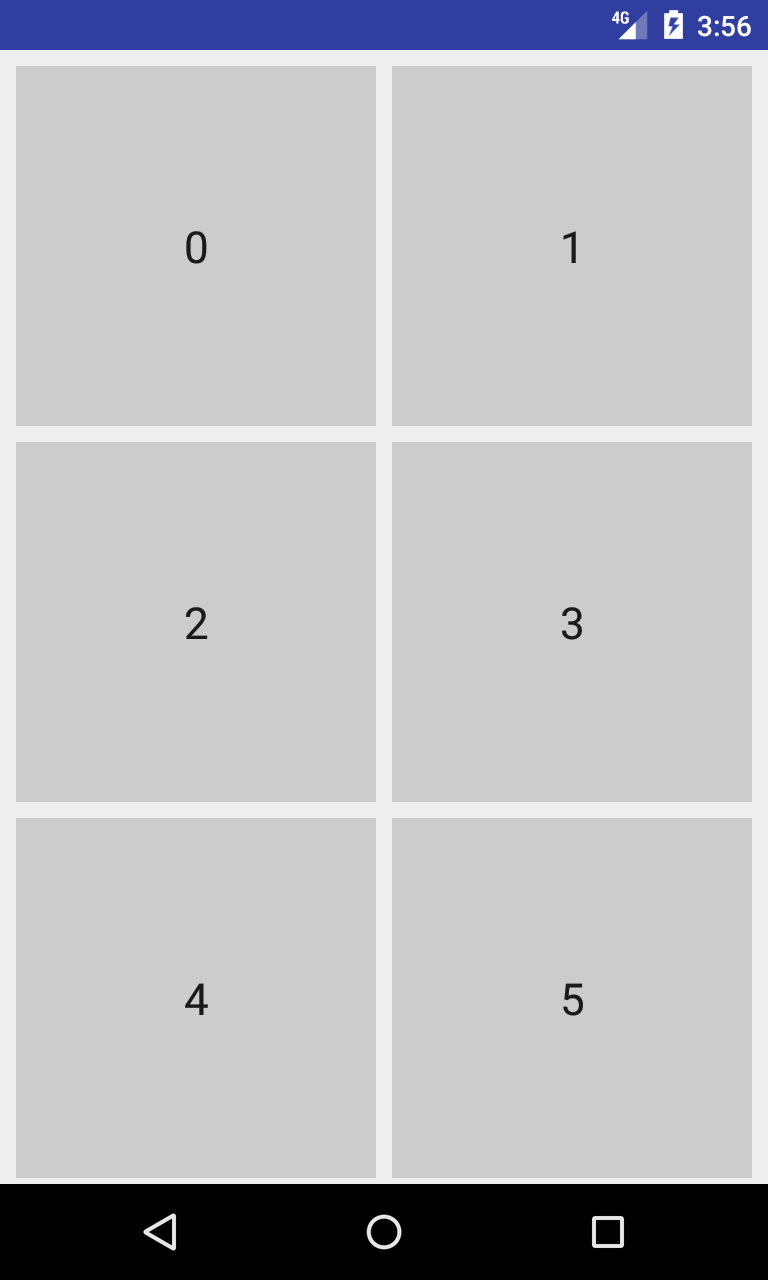 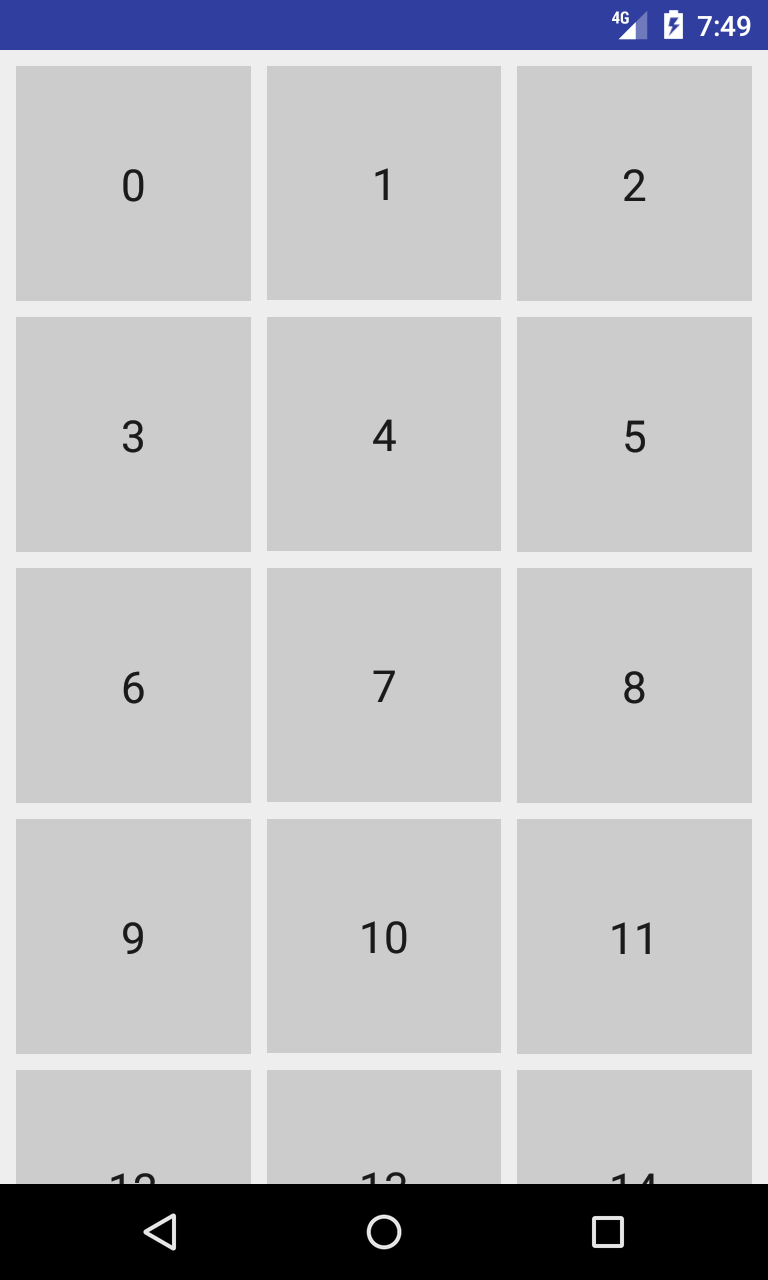 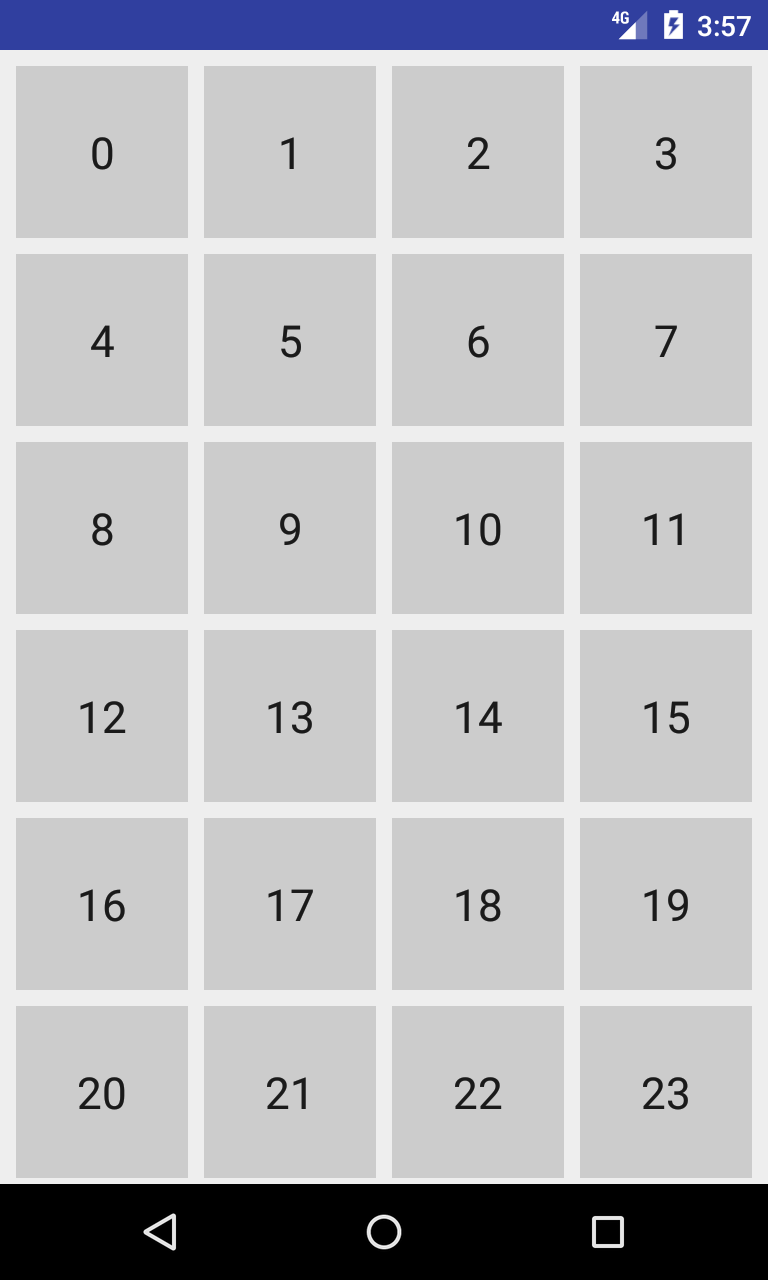